A Dead Bull Saved My Life

In the mountains, human life has no higher value than that of the elk—or the ant.

The foreman jerked the job shack door shut behind him and shuffled his way through 6 inches of fresh snow, his head tilted into the frigid wind. “Couldn’t call you. Guess your phone ain’t hooked up yet!” he yelled. I pushed the car trunk lid closed on my tools, jammed my ungloved hands into my coat pockets and waited until he got closer.

“We’re shuttin' down ‘til spring—can’t fight this snow.” My eyes drifted from the grim-faced boss, over his shoulder, and fixed on Taft Summit looming ominously against the leaden gray November sky.

“We’ll pay you 4 hours show up time. Give you a call in April.” He glanced at the whirlwind of snow dancing across the bridge deck, and shivered. “Maybe May.”

I didn’t bother trying to explain the wry grin that slowly spread across my face. He wasn’t an elk hunter.

It was a good news, bad news thing, depending on how you looked at it. I needed the work, and I had been on the job for 3 weeks straight, daylight to dark, since I was discharged from the Army out at Fort Lewis.

But I’d been away 3 years—three hunting seasons.

I took the money for the hunting license out of my wife’s tip jar, put a set of tire chains on my car, stopped by my mother-in-law’s place to check on my 4 year old, and told her I had been laid off—‘til spring. “Would it be OK if little Mike stays with you until his mom gets off work? I’m going to take a hunt up Packer Creek. I’ll be in by dark.”

“Sure, he’ll be fine,” she answered. “It’s supposed to snow harder tonight. Be careful.” She didn’t comment about the layoff. It was normal thing in western Montana when winter hit.

I tugged the bandanna up to the bridge of my nose and squinted my eyes against the wind-driven snow. If I don’t cut tracks by the ridge, I’ll go back down, I argued with myself. That’s what you said an hour ago, my trembling, aching legs argued back.
.
The gale blew the snow out of the swaying tops of the lodgepole pines, enameling the trunks of the fire-blackened tamarack snags with an icy shell of snow.

My fingers stung with the cold, yet I could feel dampness of sweat—from the climb—under my wool long johns. I hunched my head down into my not-so-old fatigue coat and felt the cold touch of the lapel stripes’ tabs against my neck. I hadn’t gotten all the Army off me yet. 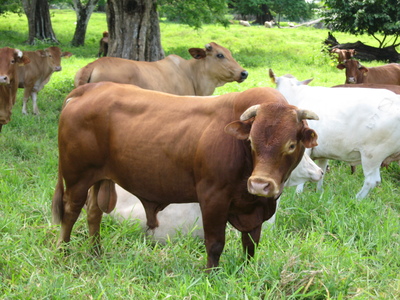 Snow and cold have a different feel when you have to be out in them. But I wanted it. Needed it. Every night I had spent during the last 3 years, dreaming about the forlorn, windswept ridges, the rocky canyons, the snow-quilted peaks, set my feet one more step up the mountain—away from it all. Finally, at last, it was just me, the mountain and the bull elk that I knew must be there.

It would have been easier to hunt the lower country, with the rest of them, where the cows and calves and spikes headed at winter’s first warnings. But the big bulls always laid back—at least as I remembered—sulking and alone, licking their rut-earned wounds through the first snow storms. They ate and traveled only a little, to the next brush patch, or a trickle of a spring that seeped a few yards in the head of some alder-choked draw, before soaking back into the ground.

I lunged ahead another step in the knee-deep snow, now at eye level with the ridgetop. The thin air ripped at my lungs. I belly flopped forward and laid for a while, prone in the snow on the crest of the finger ridge. The snow was half as deep on the windward side. Clumps of mountain heather poked their spiny points above the snow, and tufts of dry bunch grass quivered against the raw breeze. I studied the edge of the lodgepole thicket that intruded onto the bald point of the ridge, and spotted the meandering dimples of snowed-in elk tracks, stitched in the snow, fringing the timber.

I dropped to one knee in the first bed and scooped out 8 inches of snow, down to the frozen ground. "Hard to tell how old, with this wind," I muttered, the sound of my own voice startling me. As I straightened, a searing pain in my legs reminded me how far I had come. A snow flurry swirled around me, embraced me and whispered in my ear. “Go back,” it warned.

The second bed was fresher, and the tracks from it were more deeply dimpled. They connected the beds like a dot puzzle, leaving clues about the elk, telling me what it was thinking. A freshly broken dry limb lay on the track, pressed in by a hind foot, partially buried by the snow. I studied the bases of the trees and spotted a few flecks of bark on the snow. A broken stub of a dry limb jutting out from the lodgepole, above the track, betrayed him.

Bull! His rack had scuffed the bark from the lodgepole and broke the limb. I stretched my arm up to finger the broken stob, then I hunkered down and leaned against the trunk of the tree, thinking on it.

His track was wandering, pawing down to a clump of bunch grass here and there. He wasn’t lining out, nervous like. Naw, his head was down. Feeding. Moping along. I gazed up at the protruding stub of the broken limb. Yeah, big bull.

I was close to him now. Just a little fluff of snow in the track, an inch of snow in the last bed, the ground underneath thawed. I was aware of the wind. It had let up—just a now-and-then gust. The snow fell lazily in half-dollar-sized flakes, too late to cover the track. The dim echo of my mother-in-law’s warning from the morning, "It’s supposed to snow harder tonight," came to my mind as the gloom of night began to suck the daylight into the dark canyons.

But I was with him now. I was in his mind, his spirit. I was here—not back down there. I was beyond logical reasoning, though, my every sense devoted and focused for the turn of an antler, a shadow out of place, an odd color, the slightest sound, smell, movement.

I checked my riflescope for the thousandth time—clear of snow, not fogged. I slid back the pump action, just a bit, on my .270 Win. until the gleaming brass of the shell in the chamber glinted at me.

Any second now—maybe in the next step. I measured every breath, in through my nose, out through my mouth. Easy now, easy. Gone was the chance glance down my back trail, and thoughts of turning back. Gone was the nervous checking of the watch against the fading light. The hungry growl in my gut was replaced by the tightening knot of anticipation.

The cycle of my quest was about to close. The next few minutes of waning light would bring me fulfillment or despair, or perhaps some of both. But to be here, to try, whatever the result—that is the essence. To hunt is inevitably to kill. A hunter worthy of the name will take his chances, and balance success against failure. Pity the soul who does not know hunting, but instead takes his shrink-wrapped sustenance out of a meat cooler and soothes his guilty conscience by thinking he does not kill to survive.

A plume of steam appeared curiously above a patch of brush, just ahead. Then, another plume. I slowly raised the rifle to my shoulder and tucked it tight.

He stood up, broadside, gnarled rack swiveling toward me, ears perked. My numb finger pressed the safety button off. Crosshairs settled on his neck.

His head jerked erect as his bulging eyes fond me. His head turned and his body sagged backward like a coiling spring. One nervous lunge would propel him over the rim and into the dark chasm.

My finger worked frantically from the safety to the trigger. I chanced a look down. The chambered shell glared at me through the partially open action.

I slammed the action forward and my bullet slammed into the bull in the same instant. He settled backwards onto his rump, into his last bed, his hind legs kicking a couple times as he found death. The message from his brain arrived too late to save him.

It was snowing hard, had been for a while. My stomach rumbled in cavernous
hunger, causing me to rummage my pockets for the candy bar I knew was not there. I sat back against the coat-hanger root as a deep weariness struggled against the penetrating cold that invaded my body.

Just a minute of sleep, then I’ll start back.

But I was already there. Dinner was ready. “Wash up, Dad. Boy, you’re wet.” Scenes flashing through my mind. Army. Bridge job. “Call you in April—maybe May.” “It’s supposed to snow harder tonight. Be careful. Be careful.”

My rifle slipped down the root and cracked against my forehead, jerking me awake.

The snow had stopped. The last scudding clouds whisked away from the full moon. The mountains stretched out before me in endless rugged splendor, a single winking light on some distant peak the only beacon of life.

Not a breath of wind stirred—just the terrible cold descending like the shadow of merciless, silent death. In these mountains, human life has no higher value than that of the elk—or the ant. Nature, though the mother of all life, is also the ultimate killer. She has no compassion for the foolish, the clumsy, the ignorant or the weak. Such are dealt with finally, often horribly, and without apology.
I was in trouble. I got myself into it. I had to get myself out of it—or die. I chipped away with my hatchet on the dry underside of the windfall, sniffing the pitchy resin in the splinters. I tucked the stub of a candle in the pile and nursed the fire to life with desperately gentle puffs of breath. I pulled the bull around to reflect the heat from the fire, and snuggled against his back, absorbing the heat from his still warm carcass. My tinder fire began melting the pitch from the windfall, finally igniting the log itself.

I reached into the elk’s cavity and, with two strokes of my knife, stripped a line of tenderloin away from the spine. I skewered the meat on a forked alder limb, and roasted it under the burning log. I held my coat up against the heat until it was dry. Then, I put it on and dried my shirt and underwear.

Luck, and the bull, had saved me. Had I not found him, I might have turned back, wet, cold and weak. Disoriented by the storm, lost. Had my shot been poorly placed, he might have struggled to the rim of the canyon, and into it, escaping me, but would not have faced an agonizing death. I would have certainly followed him.

The rifle barrel knocking my senses back into me, the windfall fire, the sacrificial meat … could they have all been some fortunate twist of fate? Or was it some repressed primal instinct to survive, as we all do—by killing and eating.

I split the carcass in half, lengthwise, determined to drag as much of it as I could, for as far as I could, down the moonlit ridge. I would return with help tomorrow. I moved the other half away from the blaze so it would cool out. I watched the fire light dance for a while against the grotesque visages of the snow-quilted trees.